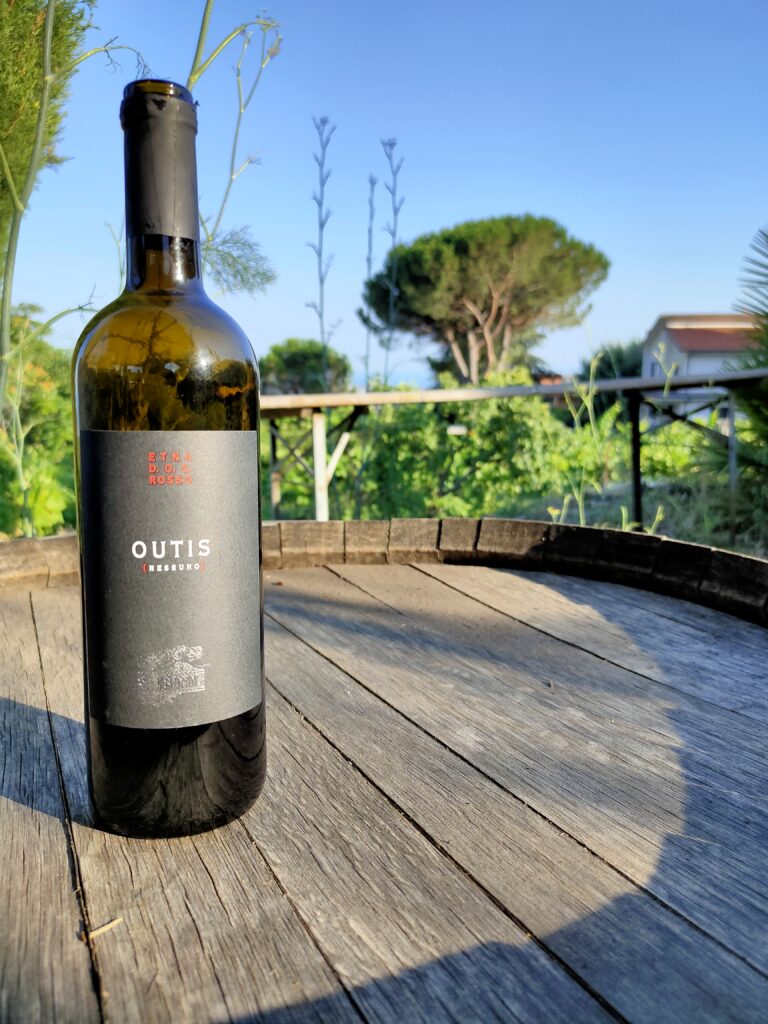 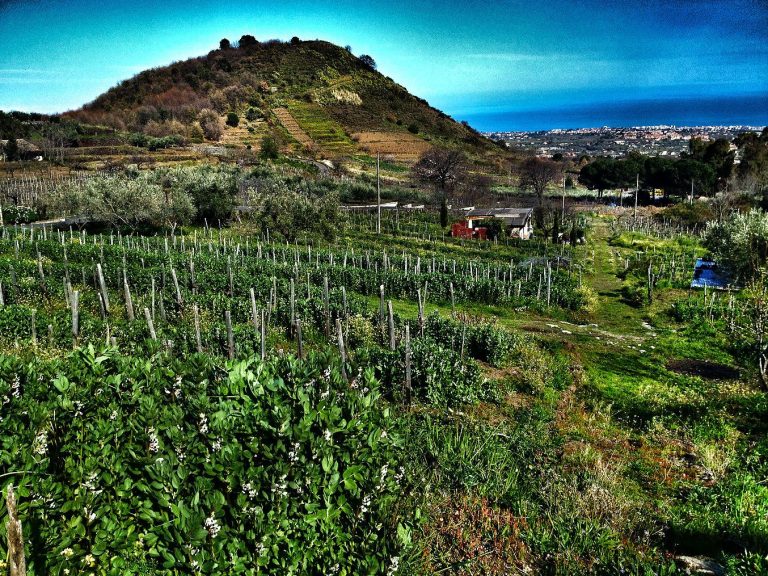 Although Cantine Biondi was established at the end of the 19th Century, the Biondi family have owned the vineyards since the 1600s.

Since 1999, Ciro and his wife Stephanie have taken over both the upkeep of the vineyards and the wine making. They have succeeded in restoring the 6 hectares owned by the family, leading to the birth of Outis and the production of high quality wines, whilst rediscovering the enormous potential of the volcanic ‘terroir’ and its indigenous grape varietals.

The three terraced vineyards which make up the 6 hectares are planted with traditional Albarello vines on the South East facing slopes of Mount Etna, in the comune of Trecastagni, approximately 18 km from Catania. Vigna Chianta lies at an altitude of between 600 to 700 m.a.s.l. on a crater dating back to 125 BC and while there are still some old Nerello vines, the white grape varietals Carricante, Catarrato and Minella make up most of the production. Vigna Cisterna Fuori planted on the same crater, but with a different aspect, produces predominantly Nerello Mascalese and Cappuccio. Last, but by no means least, Vigna San Nicolò lies on a crater dating back 12,000 years and produces exclusively Nerello.

The microclimate, peculiar to the foothills of Etna, the diversity of the sandy volcanic soil, rich in minerals and differing quite dramatically from one vineyard to the next, plus the huge diurnal shift in temperature all contribute to the unique characteristics of our wines.